You are here: Home / Our Team

Mrs. Strubel has served as the Executive Director of Legends Care Rehabilitation and Nursing Center since 2014. As a graduate of Malone University and Ohio State University, she holds professional licenses in Nursing Home Administration, Health Information Management, and Social Work. Kim had previously served as the Director of Skilled Nursing, Acute Inpatient Rehabilitation and Therapy Services at Affinity Medical Center for 19 years. More recently, she has served as Vice President for Akron General Health System and as the CEO of University Hospital’s Rehabilitation Hospital in Beachwood, Ohio.

Dr. Venkatesh Saravanan is an Internal Medicine specialist in Massillon, Ohio. He attended and graduated from medical school in 1995, having over 23 years of diverse experience, especially in Internal Medicine. He is affiliated with many hospitals including Summa. Dr. Venkatesh Saravanan also cooperated with other doctors and physicians in medical groups including Vishnu Sai LLC.

Stephanie Walker has served as the Director of Nursing for Legends Care Rehabilitation and Nursing Center since 2015. She is a Registered Nurse who is Wound-Certified and has had specialized training in Hematology/Oncology and Chemotherapy. Mrs. Walker received her Bachelor of Science in Nursing from Malone University and completed additional nursing coursework at the University of Akron. Stephanie is an expert in Skilled Nursing Facility Regulatory compliance and, as such, performs mock surveys for other facilities within our Northwood Healthcare System.

Mrs. Fishel graduated from Stark State University in 1988. She is licensed as a Physical Therapy Assistant. Karen has worked at Legends for a total of 17 years. Her career has been exclusively focused on delivering high-quality therapy services to persons within the geriatric population. 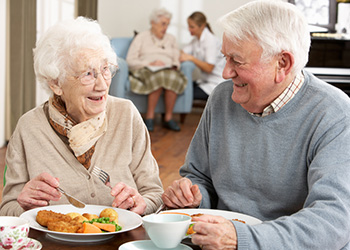